Our travels have come to a close and now so does our blog.  A huge thanks to all of you who followed us.  We really enjoyed blogging on all of our adventures knowing that we had so many loyal readers following us along the way.  Thank you!!!

Now that we are home we are, of course, sad that our adventures are over.  But we are having a great time reflecting back over all that we saw and experienced this year as well as all of the wonderful people that we met around the world.  From the Great Barrier Reef to the Great Wall, Moscow to the Mongolian steppe, and Shanghai to Swakopmund, the world completely wowed us!!!  We will never forget this year and this adventure!

Number of countries visited: 25 countries (not counting Hong Kong, Macau, the Palestinian Territories, any countries we passed through on layovers, or the good ol' USA)

Number of cars rented: 7 (New Zealand, Tasmania, the Great Ocean Road, Queensland, Turkey (one big car and one small car), and South Africa -- plus two scooters in Koh Samui, Thailand that we didn't include)

Number of books read: 32 books (not including all of our guide books)

Number of pictures taken: 21,429 pictures (we're editing and trying to cut down this number by at least half)

Number of folks from home who we saw on the trip: 9 (plus Sara's uncle in L.A. on the way to New Zealand and our NYC friends on the way home)
2 comments:

Israel in a Nutshell

David's Top 3:
Jerusalem's Old City
Bethlehem and the West Bank
People watching (especially at the Western Wall and along the Via Dolorosa)

Impressions:  Without a doubt, Israel is one of the most interesting places in the world.  As such a holy place for three of the world's major religions, Israel certainly attracts fervent followers.  We met a lot of really good people in Israel and the West Bank, but we also witnessed a lot of tension and conflict.  It was sad to see so much tension, armed security, and animosity in a land that is so holy to so many.

Food:  The food in Israel was delicious!  We arrived during pumpkin season and enjoyed several different pumpkin salads.  We were pleasantly surprised to realize that the ever-present hummus in Jordan was also in Israel!

Accommodation:  One of our best decisions was staying at Abraham Hostel in Jerusalem.  We spent eight nights there, and it really made a difference staying at a place that we liked so much.  The price was great and the location along Jaffa Street couldn’t have been better.  We were only a 15 minute walk from the Jaffa Gate of the Old City, a 30 minute walk from the Israel Museum, and a short tram ride from Yad Vashem.  We had a private room that was as nice as most of the hotels we had stayed in.  The hostel hosts weekly Shabbat dinners and also hosted a Rosh Hashanah dinner while we were there.  We were invited to help cook the meal before enjoying it with about 40 other guests at the hostel.  These were two of our favorite nights in Jerusalem!

Weather:  We were in Israel for just under two weeks in mid-September and the weather was great -- sunny cloudless skies most days and temperatures in the 80s, which felt very comfortable to us after the higher temperatures in Turkey and Jordan.

Itinerary:  We spent quite a bit of time looking online at companies that would help us with an Israel itinerary, but everything we found was way out of our budget near the end of our trip.  Instead, we decided instead to go it alone.  Renting cars and getting around by taxi can be extremely expensive, so we opted to base ourselves primarily in Jerusalem with a couple of days in Tel Aviv on the back end.  Basing ourselves in Jerusalem allowed us to explore the city and take short day trips.  Through Abraham Hostel we booked day trips to the Sea of Galilee and Masada.  We booked our day trip to Bethlehem through Murad Tours, and we both agree that it was an incredible day.

Getting Around:  We crossed into Israel at the Aqaba-Eilat border crossing.  The crossing itself was fairly straightforward (David had to wait 20 minutes on a bench for some extra background checks), but then we spent the rest of the day at the bus station waiting for a 5 pm Egged bus (Israel's largest bus company) to Jerusalem.  To travel from Jerusalem to Tel Aviv we took a sherut (shared taxi) that was really quick and easy.  Public transportation was a great way to get around Israel -- easy, inexpensive, and safe!

Religion:  Everywhere we went in Jerusalem seemed to relate to either the Jewish, Muslim, or Christian faiths. On one of our first nights in the city we learned about Jerusalem Syndrome characterized by religious-themed obsessions or delusions triggered by visiting Jerusalem (there is debate over its validity).  Jerusalem is the most religiously intense place that we have ever visited.

Military:  National military service, three years for men and two years for women, is mandatory for men and women over 18 years old in Israel.  We never really got used seeing men and women fresh out of high school dressed in military uniforms and carrying machine guns everywhere we went.

Safety:  We signed up for the State Department's STEP program during most of our trip in order to receive any safety alerts about places we traveled.  It wasn't until our first morning in Jerusalem, as we were getting ready to leave our hostel to explore the Old City, that we received our first advisory.  It called for extra caution in the Old City.  Although we did still spend that day in the Old City, we were definitely extra cautious and avoided areas with barricades and significant military presence.  On the surface Israel seemed very peaceful, but the huge military presence kept reminding us that we were in a very tense area.

Money:  We found Israel to be very expensive, especially when compared to Jordan.  The Israeli New Sheqel (NIS) is the currency.

Clothing:  With so many different cultures and religions in Israel, especially in Jerusalem, the clothing we saw ranged from the traditional, conservative clothing worn by Hasidic Jews to the Muslim burqa to Western-style clothing that you might see in any American city.  We stuck with conservative (for us) clothing so that we wouldn’t stand out.
No comments:
Labels: In a Nutshell, Israel

I added a tab at the top of the page with a description of all of the books I read about the countries we visited along our trip!

How do you pack for a ten-month trip around the world?  Are you supposed to stuff 287 pairs of socks into one suitcase?  What about clothes for cities, mountains, beaches, and deserts?  We've added a new tab up top describing how we did it.

No comments:
Labels: Getting Ready to Go

Jordan in a Nutshell

Impressions:  We loved Jordan!  We spent twelve days in the country, longer than most visitors, but there was plenty to see and do.  We were happy to be able to spend so much time time in the heart of the Middle East and to get a good taste of the region.   We felt completely safe the entire time and very welcome in the country.

People:  The people in Jordan are fantastic, some of the friendliest and most welcoming that we met during all of our travels!  They love their country and love sharing their culture.  We particularly enjoyed meeting and spending time with the Bedouin during our time in the Wadi Rum desert.

Food:  The food was fantastic.  When we were in Turkey we were expecting to eat more hummus than we did.  In Jordan we made up for lost time.  Hummus was everywhere.  It was served with breakfast, lunch, and dinner.  Yum!  Bedouin tea, made with sage, cardamom, cinnamon, and/or wild thyme, and always lots of sugar, was another highlight.

Weather:  We arrived in Jordan at the beginning of September.  The weather was warm during most of our stay, but it was a nice change from chilly nights in Africa and extremely hot days in Turkey.  We were told that September and October are the nicest (and most popular) months to travel to Jordan.

Itinerary:  We started with three days in Madaba, and from there took day trips to Jerash, Amman, and several desert castles along the highway to the east toward Baghdad.  Then we visited Mt. Nebo, Bethany Beyond the Jordan, and the Dead Sea on our way to Petra for three nights.   After Petra, it was onward to Wadi Rum for three nights, and finally Aqaba on the Red Sea for two nights.  Jordan Tracks, a travel company in Wadi Rum owned by a local Bedouin, did a fabulous job helping us plan our itinerary.

Driving:  Renting a car in Jordan would not be too difficult except for Amman, where driving is not for the faint of heart.  We opted not to rent a car in Jordan, instead hiring local drivers to take us from one place to the next.  Hired drivers are very affordable, love telling about their country, and let us keep our eyes on the sights rather than the road.  We also passed through a couple of checkpoints that could have caused some confusion if we were driving ourselves.  David did enjoy driving around the desert in Wadi Rum though!

Religion:  Jordan is predominantly a Muslim country, with an indigenous Christian minority making up about 6% of the population.  Many of the Jordanian Christians live in Madaba, the first city that we visited.  We attended a service (in Arabic) at the Church of St. John the Baptist in Madaba and also enjoyed exploring the excavations underneath the church and taking in the views from the bell tower.  Islam is the state religion, but Jordan has laws that promote religious freedom in the country and there is little sectarian conflict.

Clothing:  Being a predominantly Muslim country, the majority of men and women dress conservatively.  Most women cover their heads, shoulders, and knees.  Christian women generally do not cover their heads but still dress conservatively.  Sara felt most comfortable wearing clothing that covered her shoulders and knees.  She did not cover her head except when entering a mosque.  David wore long pants during our visit.

Politics:  The Hashemite Kingdom of Jordan, as it is officially known, is a constitutional monarchy.  King Abdullah II is the chief executive and commander-in-chief of the armed forces.  We understand that the government is in the midst of implementing democratic reforms in response to the Arab Spring demonstrations and protests in the region.  After leaving Jordan we saw this interview of King Abduallah II on the Daily Show when he was in New York for the UN General Assembly.
2 comments:
Labels: In a Nutshell, Jordan

A Map of our Travels

This handy map shows the path that we took around the world.  You can even zoom and scroll!  We added a new tab up top as well. 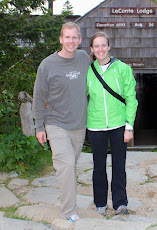